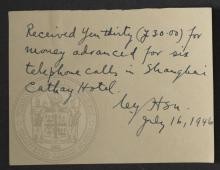 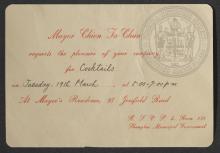 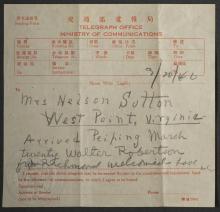 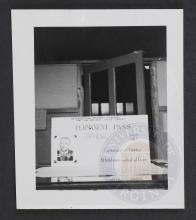 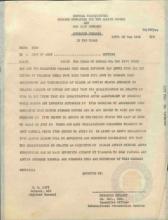 Contributors:
R. M. Levy
Theodore Goulsby
Description:
Telegram to the Department of the Army regarding the appointment and confirmation of Gilmer as United States Attorney. Tavenner had previously discussed the appointment and he clarified in this telegram that he did not intend to hold up the appointment, but that he thought his qualification should be delayed until after the adjournment of Congress. Tavenner then expresses his belief that he will consider his work at the trial to be completed upon the return of Keenan to Tokyo, so he will likely return to the United States at that point and not wait for the judgment. Tavenner requests a response on his suggestion that Gilmer's confirmation be delayed without Tavenner's transfer to SCAP payroll. He also asks that the Attorney General and Senators Byrd and Robertson be advised of this telegram.
Date:
1948CE May 26th
Subject:
Personal Correspondence