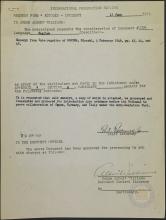 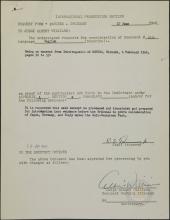 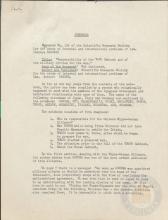 Description:
Gives an overview of a notebook "compiled by a person who occasionally happened to meet with the members of the Japanese Government and maintained a relationship with some of them." Discusses the Japanese-German alliance, the Tri-Partite Pact and the Anti-Comintern Pact, referring to the discussions and roles each cabinet member had regarding these agreements. After describing the various chapter contents of the notebook, the synopsis concludes that the material is of interest, but could not be referred to while bringing charges because it had "been published by a scientific society as a manual for the study of problems of law" and, the society "cannot serve as an official body responsible for everything that is put down in the notebook." In addition, the notebook gives the impression that the author was recording his impressions of what actually went on in these meetings because he only gathered his information on a second-hand basis.
Subject:
Anti-Comintern Pact 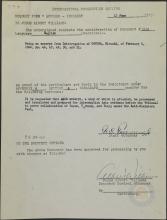 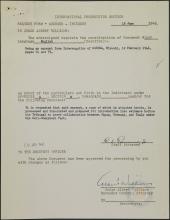 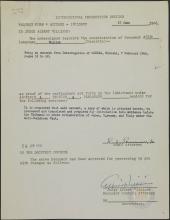 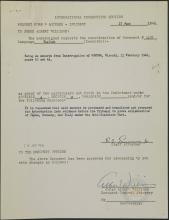 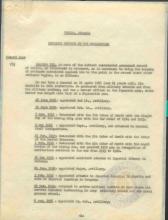