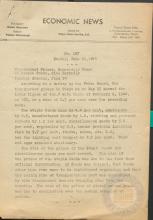 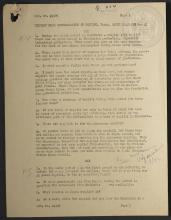 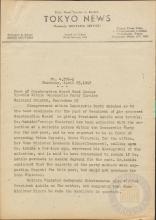 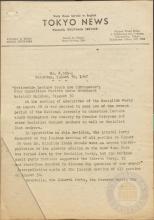 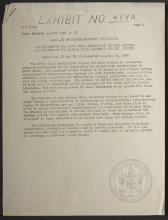 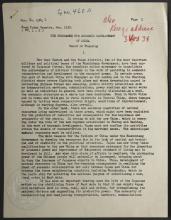 Description:
"The Programme for Economic Development of China - Board of Planning" as published in the Tokyo Gazette, Dec. 1938 (pp. 1 - 6). Also includes the Konoe Address from November 3, 1938. Handwritten note on the back of the last page states "Who is the witness to be put on by the British following this section? Cvl Lightfoot?"
Subject:
Japan - Economic Situation 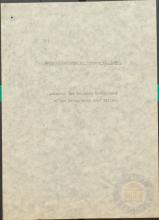 Description:
Tentative translation of the cabinet decision reached at the October 25, 1940 regarding measures for economic development of the Netherlands East Indies. Lists resolutions decided upon given Japan's desire to strengthen economic relations with the NEI, especially in light of the Tri-Partite Pact. Focuses on measures that it would like to induce NEI to enact regarding commodities, trade, and dependence. Frames in terms of Japan's co-existence and co-prosperity.
Subject:
Japan - Economic Situation 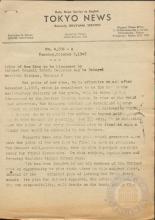 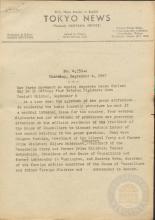 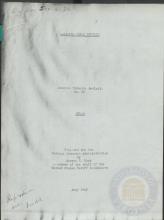 Contributors:
Warren C. Funk
Description:
Report prepared for the Foreign Economic Administration by a member of the staff of the United States Tariff Commission. This study focuses on the role of Sugar in Japan's economy. Entered as Defense Document 500-A-22. Handwritten note states "Reproduce all. Smith." Describes the locations within the Japanese Empire that produce sugar, but notes that "Japan proper depends very heavily on imports for its supply." Refining facilities have been built and large quantities of refined sugar are exported after processing. Gives a pessimistic view of the industry in the post-war era, especially with the likely loss of Loo Choo (Ryu Kyu) Islands where are sizeable amount of raw sugar is grown. [Note: Date field reflects when the original document was written and not the date the IPS reproduced the document for inclusion in evidence]
Date:
1945CE Jul
Subject:
Japan - Economic Situation