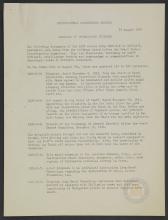 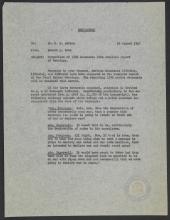 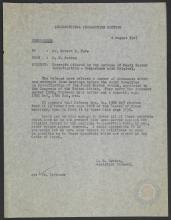 Contributors:
Robert M. Vote
David Nelson Sutton
Description:
Requests a comparison be made between documents with excerpts from the Joint Committee on Investigation of the Pearl Harbor Attack and the original transcripts.
Date:
1947CE Aug 4th
Subject:
Analysis of Documents 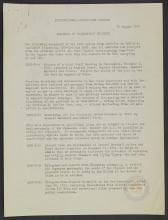 Description:
Analyzes "documents of the 1500 series from 1500-K-4 to 1500-A-5 inclusive (excepting 1500-Q-5 and 206), . . . exhibits and excerpts from the evidence before the Pearl Harbor Investigating Committee." End comment states: "For the same reasons that previous documents from the Pearl Harbor Committee hearings have been rejected, these should likewise be kept out. They are privileged communications which the Japanese were not aware of at the time they were issued, and, therefore, cannot be used to prove knowledge of their contents and justification of their own actions."
Date:
1947CE Aug 12th
Subject:
Analysis of Documents 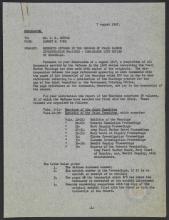 Contributors:
David Nelson Sutton
Robert M. Vote
Description:
Indicates a "comparison of all documents servied by the Defense in the 1500 series concerning the Pearl Harbor Hearings has been made with copies of the originals. The discrepancies between the page references appearing on such documents with the pages of the transcript of the Hearings which IPS has is due to such references referring to a publication of the Hearings printed for the use of the Joint Committee by the Government Printing Office." Gives organization with names and topics of volumes for the report of the Hearings.
Date:
1947CE Aug 7th
Subject:
Analysis of Documents 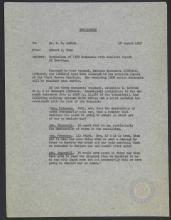 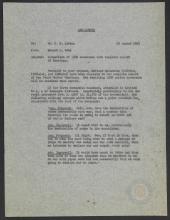 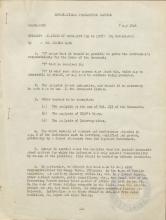 Contributors:
Arthur Strettell Comyns Carr
Description:
Comyns Carr analyzes documents by defendants stating what counts the documents pertain to, whether they can be used to "prove the individual's responsibility for the issue of the documents," whether the defendants received the document, and what another "person says about him, which may be admissible in itself, or may lead to evidence being procured." Comyns Carr cautions that the anlaysis is not exhaustive, specifically stating that it does not include documents that refer to matters where the defendant "had only general responsibility by reason of his position." Responsibilities for Group Three, Offences are not addressed. Analysis includes documents for defendants: ARAKI, Sadao; DOHIHARA, Konji; HASHIMOTO, Kingoro; HATA, Shunroku; HIRANUMA, Kiichiro; HIROTA, Koki; HOSHINO, Naoki; ITAGAKI, Seishiro; KAYA, Okinori; KIDO, Koichi; KIMURA, Heitaro; KOISO, Kuniaki; MATSUI, Iwane; MATSUOKA, Yosuke; MINAMI, Jiro; MUTO, Akira; NAGANO, Osami; OKA, Takasumi; OKAWA, Shumei; OSHIMA, Hiroshi; SATO, Kenryo; SHIGEMITSU, Mamoru; SHIMADA, Shigetero; SHIRATORI, Toshio; SUZUKI, Teiichi; TOTO, Shigeneri; TOJO, Hideki; UMEZU, Toshijiro
Date:
1946CE May 7th
Subject:
Analysis of Documents