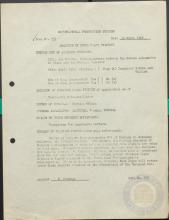 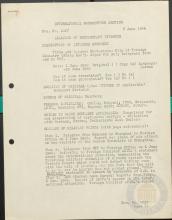 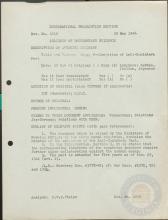 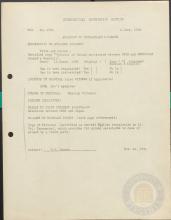 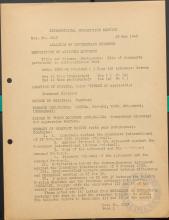 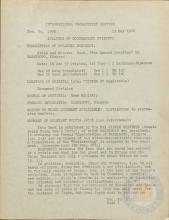 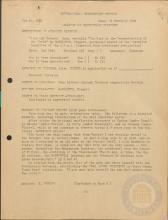 Description:
Analysis of Book, entitled "The Road to the Reconstruction of the World," by HASHIMOTO, Kingoro, permanent member of the Executive Committee of the I. R. A. A. (Imperial Rule Assistance Association). Persons implicated: HASHIMOTO, Kingoro. Crimes to which document applicable: "Incitement to aggressive warfare."
Date:
1946CE Feb 5th
Subject:
Analysis of Documents 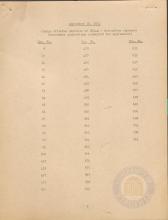 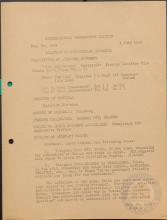 Contributors:
K. Mills
Kurt L. Steiner
Description:
Description of supposed attached document: Photostat - Foreign Ministry File (State Sec'y Japan Vol i I) originally from February 1940 and July 1940 in German language. Document has not been translated but it has been photostated. The original source was Nuremberg and the individuals discussed are OSHIMA, OTT, and STAHMER. This document relates to Conspiracy for Aggressive Warfare. Included in these documents are: Telegram from OTT regarding the publishing of German war songs in Japan; Telegram from STAHMER to WEIZSACKER regarding talks with OSHIMA, SHIRATORI, TERAUCHI, etc. related to cooperation; Telegram from RIBBENTROP, FUSCHL identical to IPS Doc. No. 4037, Item 31; Notice signed by KNOLL that AIKAWA will be available to talk to the Foreign Minister in Berlin on March 2; Note from WEIZSACKER regarding Germany granting certain economic concessions if Japan would not touch the Netherland's Indies.
Date:
1946CE Jul 1st
Subject:
Analysis of Documents 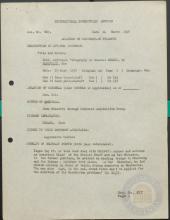