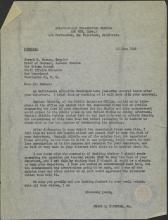 Contributors:
Joseph Berry Keenan
Frank Stacy Tavenner
Description:
Alerts Keenan to the fact that the press has heard of Keenan's departure from Japan. Tavenner states that he felt SCAP could not deny Keenan's departure so he went ahead and confirmed it. Acknowledges that Keenan had not wanted the fact publicized but Tavenner thought that was the best course of action.
Date:
1946CE Jun 10th
Subject:
Press - Response to Trial 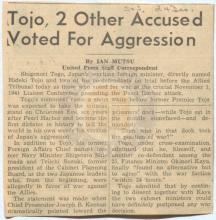 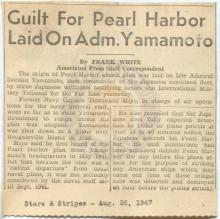