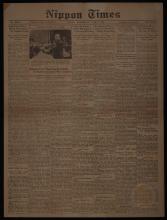 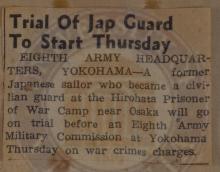 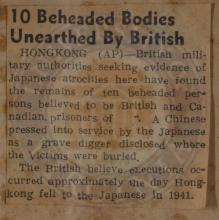 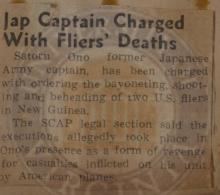 Description:
Reports on the decision by Gen. MacArthur's headquarters that "proof of individual guilt rather than group responsibility will be the requirement for conviction in the war crimes trials for top Japanese." Gives more details and a brief expected timeline leading up to the start of the IMTFE. Other topics mentioned include: the departure of the American reparations mission for Washington, DC in order to prepare their report for President Truman and the altered education of Japanese school children to include the reasons for Japan's defeat.
Subject:
Press - Response to Trial

Description:
Reports on the indictment date for Tojo as well as the recent arrivals of the prosecution team to Tokyo.
Subject:
Press - Response to Trial 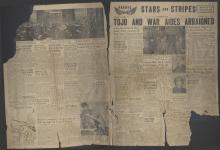